Will I buy a new or used smartphone? Or an older model?  This certainly poses a dilemma if you plan to get another mobile phone. There’s a good argument for purchasing a brand-new gadget as because hey, who doesn’t love a new gadget! The other option is to buy a used model because it is definitely cheaper by a mile. If you’re getting a new product, you will likely keep it for years until the phone finally breaks down. A used phone may be inexpensive but might last a few years less. How do you decide? Consider the pros and cons carefully. With the advances in technology these days, as there isn’t as much a gap between new releases of phones as there used to be. You might find the model from two years ago has 90% of the features and 90% of the speed of a brand-new phone, at less than 50% of the price. 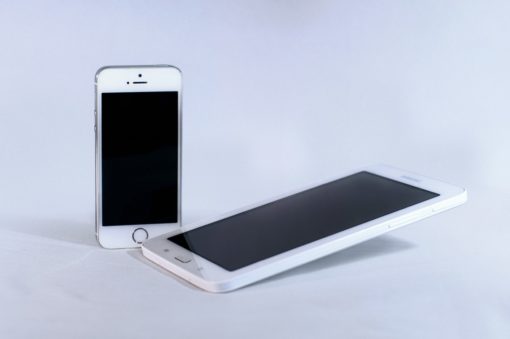 Distinguish the Pros and Cons

A new smartphone has no scratches. It came from the manufacturer and has never been used. That’s your first argument. The disadvantage is the high price. Of course it’s wonderful to have a brand-new phone that nobody’s ever touched, but if you follow along with a lot of the multimillionaires, almost all of them by a high quality car that’s a few years old and is used. Unless you really need to show off that you always have the latest gadgets, you’re better off buying a higher quality phone that’s just a few years old. You can search on Google for such things as “is it worth upgrading from my (insert older phone name here)” and it will give you some ideas as to whether you need to upgrade or not.

How much do you actually use it

It’s quite surprising that many people absolutely MUST have the latest advance in smartphones when they don’t even use 5% of what it can do. They use it as a phone, to text people, and maybe a few games. If you live on your phone, look at what you actually use it for and that will also help you decide on whether you should buy a new one or pick an older one. For example, some of the new phones have the most magnificent cameras with high quality, but if you rarely take a picture why do you need that? Even an older phone will have extremely good camera quality and you would be hard-pressed to tell the difference if you’re just an occasional camera user. Look at what you actually use it for and then pick it by that.

If your budget is tight, there’s no way you can afford the top of the line models and brands. The available gadget may not offer the best features and design, but a lot of them come close. You can buy a flagship model for about half the cost if it were brand new and save some cash. But there might be abrasions on the glass or bumps on the body. The bottom line is how much you can spare and save so next time you can get the new high-quality smartphones. You don’t actually have to buy a used phone as well, as very often, as more and more upgrades to phones come out quicker and quicker, they still have previous phones for sale. So although there selling this year’s model in a big push they often have last year’s model, as well as the year before’s model, so you can still get a brand-new phone, under warranty, for extremely reduced price.

In most cases if you’re buying a used phone, sellers won’t provide warranties or accommodate return and exchange policies for used mobile phones. If there’s a defect or it malfunctions after paying for the product, you might have to shoulder repairs. If you’re buying a used phone, look for companies that will give you at least a limited warranty with it. You might also check that some manufacturers will keep a warranty on a phone for one or two years from teh manufacture date even though it is used. You might be able to take it back to the manufacturer and have repaired under warranty even though you bought it from a neighbor.

Look for e-commerce sites that have a reputation for honesty. Unknown online shops may be selling a smartphone for a ridiculously low price but it can turn out to be a dud. Check the Internet for those outlets which are trustworthy and look at their reviews so there’s less risk that you will be duped by crooks. Fake phones, especially in Asia, are rampant. It might look exactly like a galaxy S10 or an iPhone, but it’s not. It is just a fake phone with much reduced components that are nowhere near as strong or as good as the original. The phones actually will work, but not very well and generally not for very long. So if you’re going to buy a phone make sure you buy it from a reputable dealer, whether it’s new or used. If you’re buying it online, it’s our advice to use PayPal as PayPal has an amazing buyer protection system. The buyer pretty much always wins if there’s a conflict.

The way technology is going these days, our personal opinion is buy a used smartphone. We bought a new Samsung note 4  many years ago when it first came out for around $850. And as we were traveling around Asia we bought a Huawei used phone for $60 and its level of performance was equivalent to the note 4. When we change phones, we usually only go to mid range phones these days as the price difference is drastic, but the performance is not that much different. Add on top of that, the used phone is further dropped in price, and it’s a bit hard to beat. If you drop your thousand dollar phone on concrete it’s enough to give you a heart attack, but if you drop your hundred dollar phone on concrete it’s just a bother, it’s not going to put you into tears.