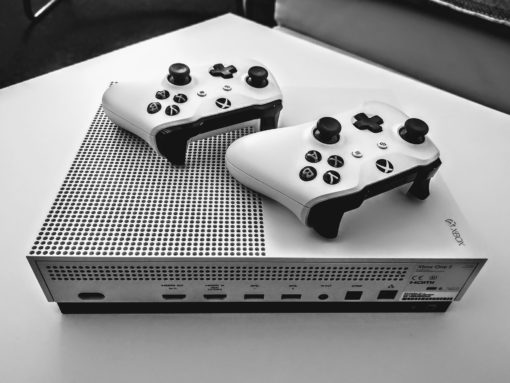 Call of Duty League, Hearthstone Esports and Overwatch League will be streamed exclusively on YouTube in future following a landmark deal between Activision Blizzard and Google. The multi-year deal was billed as “a wide-ranging strategic relationship” that will also see Google Cloud provide hosting infrastructure for Activision Blizzard.

“Google Cloud’s best-in-class infrastructure gives us the confidence to deliver great entertainment to our fans around the world,” said Erasmus.

The Google Empire Strikes Back

The deal represents a significant coup for YouTube. Gaming is currently the only category in which it is not the world’s leading streaming platform. Twitch seized an early mover advantage within the video gaming sector when it launched in 2011 and it has maintained that status ever since it joined the Amazon empire in a $970 million deal in 2014.

It has more gaming content than any other platform and it house most of the world’s top streamers. However, rivals are desperate to erode its share of this flourishing market.

Video gaming is tipped to be a $300 billion industry by 2025 and streaming platforms will strike it rich if they can remain at the forefront of the trade. YouTube has established itself as the second biggest player in the market, but Microsoft’s Mixer has muscled into contention too.

It paid a reported $100 million to convince Twitch’s most popular streamer, Ninja, to defect and produce content exclusively on Mixer. There are several smaller platforms making inroads into the world of video game streaming, and YouTube must maintain a bold, aggressive strategy if it is to emerge as the top dog.

A Wealth of Data

Yet YouTube has a trump card. Parent company Alphabet was relentless in its pursuit of artificial intelligence even before the current wave of AI commercialization took off. It has gradually turned from a search engine into an AI giant that is disrupting every sector and generally taking over the world.

“Across the company, machine learning and AI are increasingly driving many of our latest innovations, from YouTube recommendations to driverless cars to healthcare diagnostics,” said Alphabet in 2018 filing.

It has more data than any other company in the world and that should allow it to vanquish the competition as it invests in autonomous vehicles, semiconductors, healthcare and more. It is investing heavily virtual reality, augmented reality, robotics and everything in between.

That allows the YouTube team to present gaming companies with a seriously impressive plan for driving growth within the sector. It pledged to help Activision Blizzard with its gaming infrastructure, while delivering superior, low-latency player experiences, offering curated recommendations for in-game offers and differentiated gaming experiences and creating a platform for building future gaming innovations.

“We’ve worked closely with Activision Blizzard for the past few years across mobile titles to boost its analytics capabilities and overall player experience,” said Sunil Rayan, head of gaming at Google Cloud.

Yet content remains king and YouTube needs to strike up partnerships with the companies that create that content. It could not have found a better partner than Activision Blizzard.

The firm is responsible for some of the world’s most popular and celebrated games. Many of them come from the Blizzard portfolio, including World of Warcraft, Starcraft II, Hearthstone and Overwatch. These are among the most popular esports in the world, as you can see from the esports betting markets.

Activision is responsible for Call of Duty and several other massive series, and it also produces popular mobile games like Candy Crush through its King subsidiary. The combined entity had revenue of $7.5 billion in 2018. It had always worked with Twitch in the past, but it found itself in the enviable position of being courted by Google and it decided to jump ship.

On the surface, it looks like a sensible decision. Amazon is also a tech giant, but the bulk of its business lies in retailing. Google is the undisputed leader in the search realm, YouTube is the biggest streaming platform in the world and the investments in the technologies that will arguably shape the future of gaming – AI, VR and AR – make it a no-brainer.

“Both the Overwatch League and Call of Duty League are the quintessential examples of world class esports content,” said Ryan Wyatt, Head of Gaming at YouTube. “As a former Call of Duty esports commentator myself, I couldn’t be more excited for Activision Blizzard to choose YouTube as its exclusive home for the digital live streaming of both leagues. This partnership further demonstrates our dedication to having a world class live streaming product for gaming.”