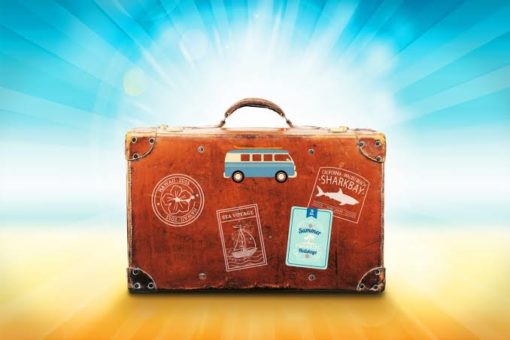 Have you ever imagined traveling to another country without your valued laptop? It seems a ridiculous idea. After all, how can you get work done if you don’t have this important piece of your soul? But this should not be a reason for getting worried. There are backup options to ensure that the absence of a laptop will not hamper your daily tasks. In fact, you might find that you enjoy traveling without a laptop, and you can make do with other things that are much easier. We started our journey ourselves in trying to get rid of the laptop because we were starting to get shoulder pain from carrying an incredibly heavy laptop bag with a giant laptop in it. And at some point we realized we really didn’t need all that power to go with us everywhere. So we started whittling down the laptop to smaller and smaller laptops in until we finally just decided to start traveling without one. Of course there are some people that have to have a laptop because of the power that is needed, such as if you’re a graphic designer that uses Photoshop all the time, there aren’t too many other things you can do to replace it. But even then you have a few options. Here are some of our thoughts.

This is the device that we have found that is taken over the majority of the work we do on the laptop ourselves. Smart phones have come so far that they are even faster and more powerful than that laptop you were using for business even five or six years ago. In fact, sometimes when are in a hurry, we will actually look something up on our smart phone before we will look it up on our laptop as our smart phone can get the answer faster. Even in the office we actually work with our smart phone right next to us and use them both equally. For example if we are using Photoshop, and we need to go search something, very often we will just use the smart phone while Photoshop is still running. You can also buy small foldable Bluetooth keyboards that will fold down to about the size of the smartphone, and then unfold into a full-size keyboard. So when you’re at Starbucks, or on that airplane, you can actually type into word and excel as if you are on your laptop. Of course you might need a better pair of glasses, but we have found that even with a tiny screen it’s quite surprising what we can see and how much work we can get done.

Of course the other semi smart phone, one step up is a tablet. Such as an iPad mini, or a galaxy android tablet, or any other tablet. The only real difference is you might not need that extra pair of glasses if you have the tablet. We have found that the computing power of the tablets is almost exactly the same as the smartphone, just bigger. A tablet is still a far cry better than carrying that heavy laptop with you however. The power supply for a tablet, or a phone, is also a lot smaller and a lot lighter than those bricks that you have to carry for the laptop.

There are also a lot of tablets/laptops like the Microsoft surface and others, that are not quite a laptop, but still possess all the same features and power. They are usually lighter and have the ability to be used as a tablet rather than a laptop, but they give you the advantage of being able to connect a keyboard to them and run them as if it was a laptop. We had one of these for a while and although it was better than the laptop, we still ended up coming back to our smartphone as we were happier not having to carry even something as light as a Microsoft surface.

If you do run into something that you need to do that is a little bit beyond the power of your smartphone, remember that you can generally rent some time on a full-blown machine in an Internet café or business center of the hotel. You do run the risk of security problems when you do this however, but as long as you’re not accessing anything of vital importance such as your bank account, you should be fine. One of the things that we used to do, and we still do, is we will leave our work computer on with the remote access program installed. So then if there’s anything that we need from work we can just access it directly from any computer anywhere and run it as if we were on the computer at home. This also solves the problem of not having the software you might need on a borrowed machine.

Very often you can rent a laptop from a hotel or a tech center that specializes in that when you travel. This has the advantage of being much more secure than using an Internet café, and you don’t have to carry it around with you. The downside is the expense has renting a laptop even for a few days is not exactly cheap.

Our vote is for getting a decent smartphone and learning to use it completely. We would suggest that you actually sit down and read through the manual, as much as that might be boring enough to make your eyes bleed, you will be quite amazed at what you can do with a smartphone when you actually know how one works. There are so many different tricks for usability that are built into these phones that you would be amazed. Again, there are some professions that you can’t get around that still need to carry a laptop, and we ourselves sometimes do need to have a full-size machine to work on while we travel, but more and more we are finding that we can still just use the smartphone. We have even done video editing on it in a pinch. So all is not lost, and sometimes you just need to cut the strings to give yourself some freedom from that laptop to experience what you can do. If you’re a little bit nervous, try taking the laptop with you and don’t open it, try and do everything on your phone, you might be surprised.