A few months from now, it’ll be spring time once again and many travelers are looking at a road trip or two for a traditional experience. It would be a challenge to drive across all of the country’s fascinating landscapes and roads but you don’t have to. There are a lot of great drives that make fantastic road trips. Trips where you can explore the remote towns and counties in many different states. If you want to keep the cost low there are many quaint budget accommodations and inexpensive roadside diners which sort of go hand-in-hand for an awesome road trip. Here are some road trips that you may want to try for 2020. 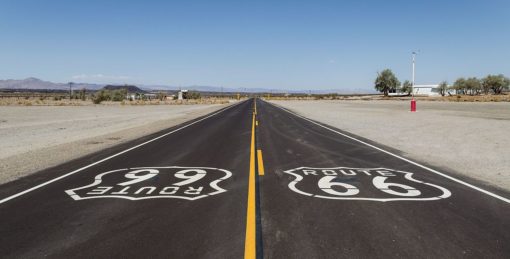 Skyline Drive refers to the 105-mile highway that runs through the whole length of Virginia’s Shenandoah National Park. It would take you roughly three hours to finish so it’s not particularly a long road trip. There’s a speed limit of 35 miles per hour and around 70 picturesque areas that will make your spring ride very memorable. Though not long it is definitely a beautiful trip to take.

Blue Ridge Parkway is a rambling route that covers 469 miles. It winds through Virginia and North Carolina after passing Blue Ridge Mountains in the eastern part of the United States. It has been described as “America’s favorite drive” and the experience is “unlike any other”. You’ll experience a soothing and leisurely drive. While cruising along the road, you will get a close look at the jagged mountains and green sceneries of the Appalachians. You can always choose from several inexpensive inns, lodges and campgrounds.

This highway extends almost 2,400 miles from Key West in Florida to Fort Kent in Maine. This course is the longest north to south highway in the United States. As road trippers, you have the chance to catch a glimpse of every state and city they drive through. US Highway 1or US Route 1 is a principal north to south freeway serving the US east coast. We would suggest that this road trip for hard-core road trippers only. If you do this one with friends and family, unless you’re really close, you might not have friends and family by the end of it.

The well-known Route 66 is from Chicago to Santa Monica in California and covers approximately 2, 400 miles. The highway has changed over the years but you’ll still find the classic stretches are filled with odd attractions, cheap motels and traditional grocery stores similar to the trading posts centuries ago. You may want to check out some sites like the El Morro National Monument in New Mexico and Cadillac Ranch in Amarillo, Texas.

If you still don’t know, Great River Road is a group of local and state roads following Mississippi River’s path for 3, 000 miles and through 10 American states. A lot of Americans say this is the best drive in the country. It starts at northern Minnesota all the way to the Gulf of Mexico. It will take you from four until 10 days to finish this road trip. But it’s something that you can say you have done and it will give you bragging rights for the rest of your life. Any time someone starts talking about their road trip, you can slam dunk them with this one.

It doesn’t matter if you’re taking the roads which are not frequently traveled or ramble along the breath-taking well known roadways. Road trips are something that you must do at least once in your life. They can bring your friends and/or family closer together, or they can make you hate the sight of each other. Let’s hope it’s the former and not the latter. Either way it will be a trip to remember. We would suggest that you make sure your car is well prepared and tuned before you go, and that your tires are all in great shape. We might also suggest that you make sure your air-conditioning is working. Bringing along some music CDs is a good idea as well (or cassette tapes if your car is older) as the radio signals are often sparse in some locations. A road trip is definitely one for the bucket list. Expect the unexpected and happy driving.